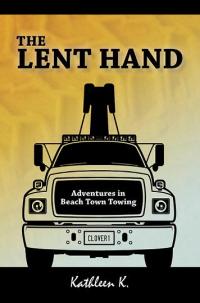 A beautifully woven novel about an unusual boy… and how he learns to be a father, without having really been a son.

A comical, honest love story between two lost souls who complete each other.

A beautifully woven novel about an unusual boy and how he finds his way.

Love for one’s mother does not always come easily, and such is the case for Jeromeo “Jerry” Clover in K.’s (Honey B., 2012, etc.) lyrical novel. Jerry’s mother, Helen, a flower child, rejects society’s expectations: She had Jerry as a single mom and changes her name to Starlight. She left Jerry in the care of her mother, Eileen, who raises him with the help of her second husband, Carl, with so much love that Jerry doesn’t even miss his mother or mind her absence. He comes to see Starlight as someone who found “the real world an interesting place to hang out for a while, appreciating the customs of its citizens enough to visit but not stay.” Starlight visits Jerry sporadically, but she’s mostly a nonentity in his life, and it’s his stepgrandfather who ensures that Jerry goes to college. Upon graduating, Jerry begins working, first as the manager of a small chain of batting cages, where he quickly learns how to turn an average business into something more successful. He enjoys the work until an injury forces him to leave and find something new; he eventually enters the towing business. Tragedy strikes suddenly when Carl dies of an aneurysm, and things begin to shift dramatically for Jerry, who is now 30. Eileen decides to take in a young divorced woman, Rose Hardeen, and her two kids, to live with her and Jerry. As the families live side by side, a romance ignites between Jerry and Rose. Told in a poetic and insightful manner, Jerry’s story is funny and touching as the young man learns to find his way through relationships, having had such disrupted ones of his own. As he learns to be a father, without having really been a son, Jerry learns a lot about himself and the people around him.

A comical, honest love story between two lost souls who complete each other.

I really enjoyed reading this book. Told in the main character’s words, Jeromeo tells of his life, thoughts and lessons from childhood, community helper and provider, coupledom, step-parenting and fatherhood. Very well written and told, although the book could have used paragraph and chapter breaks to make it easier to read and follow.

I was fortunate enough to win this book in a give away. I enjoyed reading this book . Highly recommend !!

Life is what you make of it. Jerry is taking life and extracting the best to make a good life. He takes an ordinary life and gives it unique parameters after learning the art of giving back to his community from his mother’s mother. Think outside the box, love outside the box. I enjoyed reading a story that took those two thoughts and put them in action, made them a daily part of someone’s life. I was sorry the book ended. . . I wanted more.

“You gotta love your mother”

“You gotta love your mother.” This first line of “The Lent Hand”, by Kathleen K., sets the tone for the rest of this remarkable book. Jeromeo gets his mother love from his grandmother, since his own mother, a hippy, flower-child who names herself Starlight, needs to be free to find herself. She takes off, returning home occasionally, but never taking on the mantle of motherhood. Her son is not upset. He gets all the love he needs from his grandmother, Eileen, whose nest is once again filled, even after her second marriage to Carl Lewiss. In later life, Starlight regrets missing her son’s childhood, and needs forgiveness. One of Jeromeo’s most honest and intuitive thoughts is that she “was honored for her role, but not respected for her performance,” a brilliant, poignant analogy. Kathleen K. writes exquisite prose describing Starlight: “She was really a dandelion seed at the mercy of breezes, a hard brown pellet under white fluffy dreams that set her adrift.”

Kathleen K’s “The Lent Hand” richly weaves the life threads of a young man as he moves to adulthood and makes his own way and decisions which impact himself, his family and the community he serves. The main character, Jeromeo, is dropped into an “atypical” family structure and yet finds a way to keenly observe his family dynamics which helps form the thoughtful, driven plan for his rich life.

Echo Back:  Commentary from an author and friend (Feb 2014)

I finished The Lent Hand last night- good story, great writing.  You provide a lot of insight and philosophy, for both the characters and the reader.  The “stream-of-consciousness” style worked well.  I was initially surprised by the lack of chapter breaks, but I got over it.  Equally surprising was the appearance… [spoiler alert].  I didn’t see that coming, but neither did the parents.  You have a great skill for describing and developing characters’ relationships.  Keep up the good work.  Best of luck.