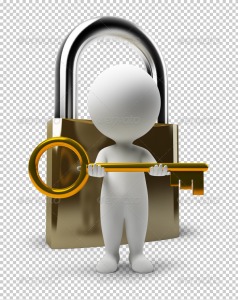 It’s part of the design to have a lock and key system for reproduction of humans, we do not spontaneously pop into existence.  There can be mechanical assists in conception but still it requires the essence of two genders.  In this truth, the path forward is set. However egg meets sperm they must twine into the womb.  We shed so much potential in our reproductive cycles for the relatively rare conceptions to be treasured in context, you’ve crossed into the fundamental existential divide.  The amount of bodily energy required to produce a fetus is unequaled in nature, at both a cellular and cultural level.  It may take two to tango but only the male dances away when the music stops.  It’s just as true that it takes two to tangle but I think that’s a malapropism.  By laws of nature, the male is distanced from gestation, at most a helpful partner but biologically complete at conception.  The rest of parenthood bespeaks character, it reveals the ability to bond, to assist or resist as needed.  Complicated.  Still, eerily simple that we need both genders to spark life.  Comparative valuations are irrelevant to the species’ survival.  If we get enough offspring within tolerable limits then we’re viable.

The surface details (shape of face, ear whorls, hair patterns) are categorized by our survival brains, pre-articulate, what we see-smell-hear-feel encoded at a cellular level.  In that sense there are races that differ amongst themselves but there is a clear line of what is human and what is not.  The desire for rank is remnant of the pack mentality that moved earlier humans into the caves, safety in numbers, compartmentalization of tasks as we hunted and gathered food across the lands.

Modern Americans face a war of plenty, when we aren’t fighting for our meals so literally, but there is still challenge and in that sense creating a small tribe can work wonders.  Especially for a breeding pair of humans, cooperation is essential to stability.  The tasks aren’t done merely for the family unit but have to satisfy the demands of the self to be plausible and sustainable.

In any pair, the way to improve the overall advantage is for at least one side to strengthen itself and broaden its base so as to provide stability.  There is a fallacy in the 50-50 split of pairing up because things aren’t easily measured as far as valuing work outside the home or work for-in the home.  Both should be all in.  We can’t even agree on a definition of “value” here in terms of it contributing to front line survival or long term prospering (again, you need to balance).

Other than the exquisite moments of actual physical mating, gender is far less important than we make it to be.  Bastions of genderism like military service refuse to admit that some women are stronger than some men even if overall most men are physically stronger; this scurry to prejudge outward gender shows a limited imagination.  We are finally grudgingly admitting that we are better united than divided but this involves reducing the knee-jerk sexualization of women which is both a sloppy habit and a natural pattern-recognition behavior.  We’ve worked hard on shaping this forward and much remains to be done.

In your efforts today, put a bit of swing into it, take a measure of pride in the tasks you perform, reach out just that one extra time to a person who might benefit.  Doing a bit better every day results in an accumulation of grace, just like a snow ball rolling down a hill that allows mass to gather.  You can enrich your presentation with easy gestures, becoming known to grant respect for a situation before blundering into it.  Allow somebody else to speak first, or to rest in silence for a moment.  All of this strategy is empowering to your inner self, to the balance you work towards every day.

You can get all kinds of specific advice from others about litter training your cat or affixing a wall bracket for a bureau but we’re less familiar with “Big Thinking” exercises that would enrich us and put these tasks into context.  Religions try to do it but they have become corporatized entities whose leadership is too often self-serving. Your inner spirituality is deeper and simpler, it is the first response when challenged.  What do you think first?  Do first?  It’s based on what you feel first.  You don’t need an outside authority other than the collective wisdom that you can be better with surprisingly little effort, and you can grant space to others to fight their own battles without contributing your negative energy.  Get to basics, ask yourself who you hope to be.

That’s the root you work with, roots can be redirected, pruned, fertilized to ultimately support the mirrored growth above.

This post is for you today, it is for all of us to make the motions meaningful.  There is a force for “good” in our collective existence and it is that we must draw from and exercise.  Don’t be distracted by politics or gossip or squabbles when you are enjoying the chance to live.